Two Celebrations Show that Lots is Happening Along the Centennial Trail

Snohomish County now owns another big chunk of Railroad.  With trains, too.  The signing ceremony on Saturday at the Snohomish Senior Center makes the transfer of land official.  Now the Centennial Trail is on its way to creating the Centennial Trail Southern Extension.  This 12 mile rail-with-trail corridor provides Snohomish County with 42 miles of regional trail system.  The new land purchase will connect the City of Snohomish south to Woodinville with a trail network that could eventually connect three counties in Washington.

Connie and her incredibly well mannered horse, Farah, were the hit of the photo opportunity.

One hour later and 6 miles along the trail at the Machias Trailhead, The Centennial Trail: Past Forward Interpretive Project showcased their signs and website celebrating the history of the communities and founding families and businesses that surrounded the old rail line that is now the Centennial Trail. 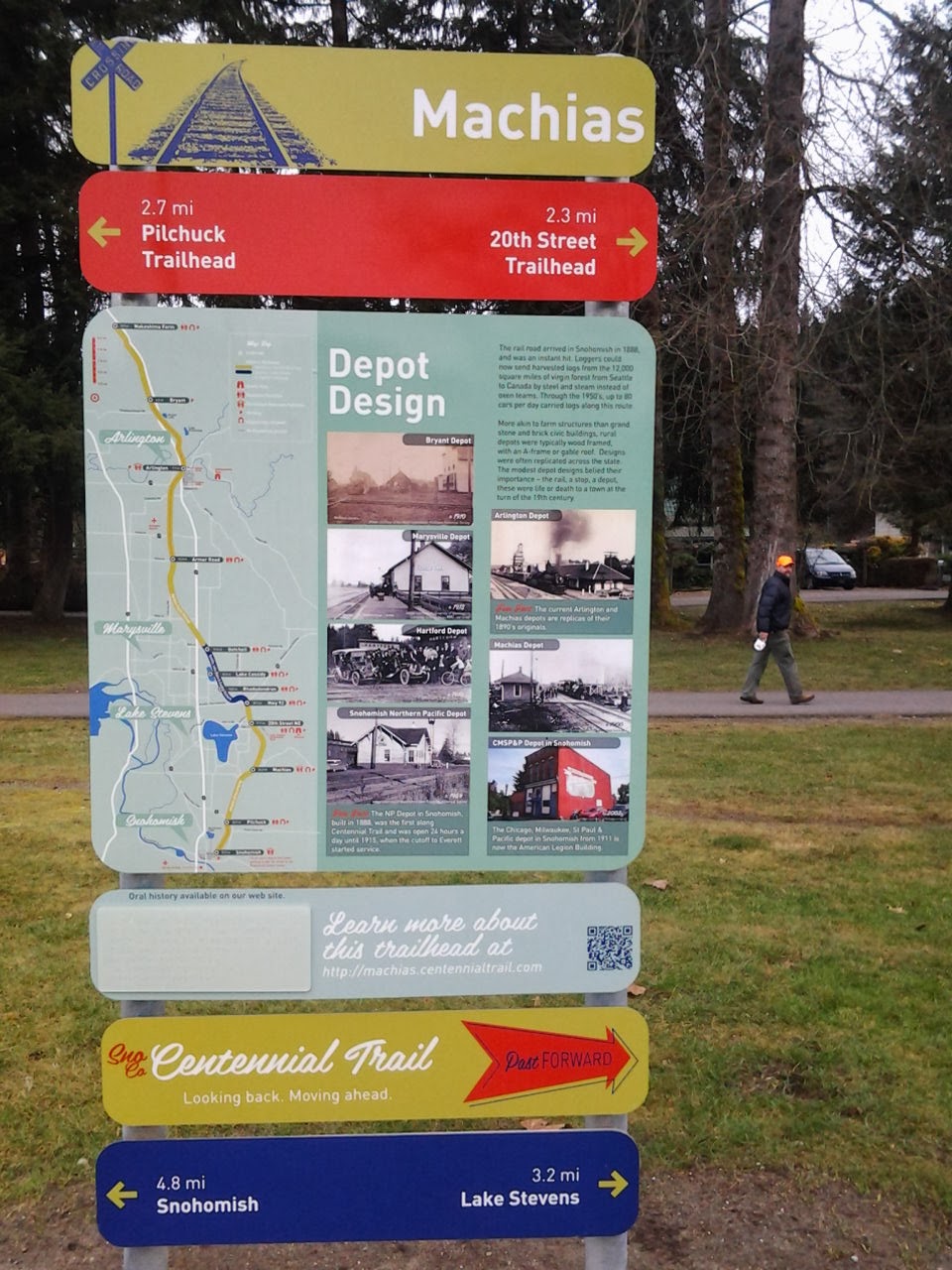 These new signs tell some of the history, with additional aids so that smart phones can link to more information using the QR code and another feature so that people who read with braille can get some of the story, too.

The sign designers creatively used recycled old street signs for building the display, thus giving enquiring minds a chance to ponder, "What is that?"

In the Everett Herald: Events Celebrate Progress on Centennial Trail

Posted by George Winters at 5:52 PM